The alternative PRs’ guide to Munich

The Harvard team heads to Munich on Friday week for our annual company day-stroke Christmas bash, and that’s got me feeling rather excited.

Or as the German’s would say “Ich bin ziemlich aufgeregt”.

The city is famous for its cavernous beer halls, century old buildings, and the world famous Oktoberfest.

But what is there to do when you drop 30-plus PRs in this buzzing hive of Bavarian culture?

With the help of an actual proper travel company person (oh yeah), here’s some of the best things to check out am München…

Stuff to see and do in Munich

Despite being landlocked, Munich is Germany’s number one surfing hotspot.  At the main gate of The English park they have a man made wave. It’s cool. Ignoring the fact that it’s the middle of a German winter, and that you might want to avoid packing the Speedos in your hand luggage, you can hire a wetsuit from Santa Loco’s.

As for sightseeing, all the main stuff is along Neuhauser Straße, and the walkable old town. Some of the buildings are centuries old, so if you’re a history anorak you’ll be dead happy.

The Englischer Garten features heavily whenever you type Munich into Google. Hire a bike and cycle round, it’s massive. There’s a bike rental place on Brauhaustrasse called Mike’s Bikes who also do tours as well. Be mindful that part of the park is nude sunbathing-friendly – though perhaps not in the middle of December, I’m guessing.

If you’re feeling adventurous, pedal out to the Olympic Park where you’ll find a big viewing tower with a restaurant at the top.

Let’s not forget the Michael Jackson memorial. Yes, that’s right. I’ve not been able to establish the link between Jackö und Munichen but there’s a memorial for him on Promenadenplatz. Good/Bad? You decide.

Oh yeah, there’s also a massive Christmas market. Because, Christmas. Arguably no other country does it better, and it’s a particular favourite in Munich.

Well, the beer halls are a good place to start. They all close at midnight so all the locals start getting on the sauce at around 3pm, or as soon as they finish work. The most famous hall is the  near Marienplatz.

There are six main brands and the two best are Hacker-Pschorr and Augustiner. The main Augustiner Brauhaus is at the top end of Bayerstraße, just 15 mins from the centre, full of locals and half the price of the Hofbräu.

Plus, they serve up shots called a Flotter Willy (don’t ask) – a local pear schnapps with a pickled pear as a chaser.

IF you’re looking for a change of scene from the Brahause, the Blue Spa Lounge & Terrasse next to the Michael Jackson memorial has a rooftop bar which looks out over the skyline. It’s a bit pricey but who doesn’t love a rooftop bar?

For anyone hoping to catch some sporting action over the weekend Bayern Munich play FC Ingolstadt 04, so why not catch the action at the Sportsbar B7 Lounge in Theresienhöhe. 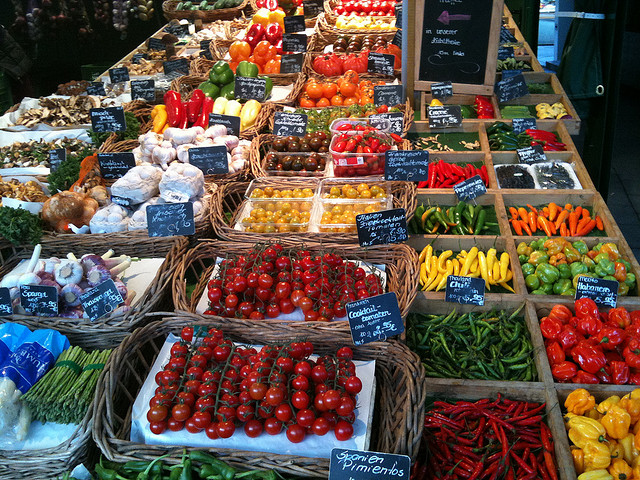 Bavarian food is much more than pretzels and pork knuckle – there’s plenty to savour.

The beer halls do the best German food, but there’s a great little Burrito place called Taco Libre near the train station.

Among a host of gems on the (the food market) there’s a hot chocolate shop called Beluga that is well worth checking out. You buy the hot milk then you choose a solid block of chocolate to stir in and they have all these wacky flavours like black currant, coconut, ginger, and everything else. Weird but awesome.

Avocado lovers check out burger joint Cosmo Grill. It’s a bit grimy (apparently) but they put like a whole avocado on your burger.

Munich isn’t as renown for its nightspots compared to the likes of Berlin and Frankfurt, but there is still plenty chance to sample the German love of electronic beats.

Away from the main strip of tourist bars and clubs, the Bob Beaman Musikhalle is popular with locals and attracts some pretty decent names from disc jockey land. Dutchman Job Jobse brings a floaty mix of house and techno on Friday night.

Heres a few handy phrases for you…

Wie viel kostet ein Taxifahrt zum nächsten Bierhalle? How much is a taxi to the nearest beer hall?