How gaming helped me cure my pet peeve

I’m not sure at what stage my parents decided against us ever owning a dog. It may have had something to do with me screaming ‘Ricky’ at the top of my voice throughout a two-hour car journey (and not as an impersonation of Bianca from Eastenders). I was training my new Shiba Inu on Nintendogs (Labrador edition) and needed him to learn his name before I could turn the game off.

Growing up, we’d had a succession of guinea pigs. However, their limited brain capacity meant their performance in the guinea pig Olympics that I’d set up in the back garden, was shabby. The competitors – three cream Rosetti guinea pigs called Bertie, Timothy, and Tom – ignored my efforts of an assault course and plodded off down the garden to demolish my mum’s freshly planted mint. Nigel, an outcast who had been rescued after being rejected by a colony of gerbils, was frustratingly not much better.

What I needed was a dog – the kind that barked, learned tricks, and most of all, offered me company (I was a shy child and found school to be a difficult environment, so didn’t have many friends). But it wasn’t practical. Plus, the first principle of good pet ownership, is not have one if you can’t provide the best life for it, which at the time we couldn’t. So, gaming fulfilled that gap instead. 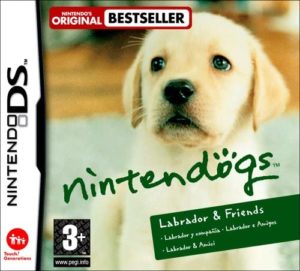 Every day, I’d rush home from school to feed and wash my gang of award-winning Shiba Inus. I’d trained each of them in agility and obedience. They were the gold medal holders that Bertie, Timothy, and Tom just didn’t care to amount to. And I did this ritualistically. I’d heard rumours that if you neglected your dogs, they’d run away. And this struck me with a sense of obligation.

As I grew older, my collection of games concerning animal care only expanded. The Nintendogs collection increased to include the Chihuahua and Dalmatian editions. I also took on the responsibility of their healthcare through Pawly Pets and Sims 2: Pets. At one point this fuelled an ambition of being a vet, leading me to spend my work experience week in the pet shop down on Sittingbourne high street. At the end of the week, my payment was a jird (a kind of big Middle Eastern gerbil) called Pippa, who took the place of the by then deceased Nigel.

My interest in caring for virtual (and by this point, also real) animals, spilt into more exotic breeds. Zoo Tycoon became a well-built haven for endangered animals, and I took the upmost care in creating natural habitats for my collection of jungle, desert, and artic species.

I should also give a big shoutout to Tamagotchis. I’m still not sure what they are, but I enjoyed looking after them. In fact, you can still buy them and over lockdown, I spontaneously did – it’s a bit demanding but hasn’t died yet.

I’m sure that there will be some that frown upon the idea of a child coming home from school everyday to look after their virtual animals on a screen. I can almost hear the ‘too much screen time’ brigade typing in the comments right now. However, for a child that’s lonely or bullied at school, animals and gaming are two things that can create a safe space away from overstimulating environments. And it worked for me. 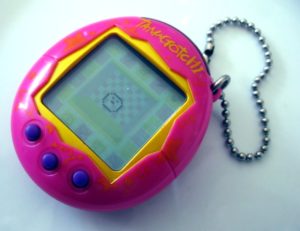 A new era in tech-enabled pets

My trusty Nintendo has now retired, resigned to collect dust in a drawer in my family home. Unfortunately, I have a somewhat unhealthy compulsion to do something productive all the time, and there no longer seems to be time or energy for gaming. However, animals have remained a big way for me to decompress from the stresses of life and a pandemic.

I still desperately want a dog. I sometimes peruse the Battersea Dog Home’s website and visit the free petting farm by Spitalfields Market. My desire was only made worst by the plethora of people getting dogs during lockdown. However, I know I must be realistic. My budget only stretches to a hamster. A dog in a London rental full time isn’t suitable for my lifestyle – I can’t get a dog out of my own selfishness.

Unintentionally, technology has stepped back into my life to fill the dog-shaped hole in my heart. During the pandemic, I decided to join Borrow My Doggy, after one of my friends started looking after a German Vizsla. I can only describe it as a kind of Tinder for dogs. You match with dogs looking for borrowers. You get to take care of a dog for a day and in exchange, the owner gets free dog care.

It was last year that I met a dog named Rosie. A 10-year-old friendly girl who’s scared to be left alone on account of being homeless for seven years. Her owner needed someone to take her while she was at work.

I’ve looked after Rosie every Wednesday for the past year, earning her the title of ‘My Wednesday Dog’. She’s dragged me out on walks during the more tortuous stages of writing my dissertation. She’s loafed on the sofa with me while I binge-watched Squid Game hungover. When I’ve cried, she’s placed her paw on my knee, and when I’ve been excited, she’s jumped with me despite her arthritic legs.

It’s when reflecting upon our relationship now that I’ve realised how technology has benefitted her as well as me. Without Borrow My Doggy, Rosie probably wouldn’t have a home, because she wouldn’t be able to access the care and company that I and her other borrowers give to her on top of her owner’s devoted efforts.

Despite the pandemic dog frenzy, many senior dogs or those with separation issues get struck off the list as a viable option. Borrow My Doggy creates a cooperative that provides humans like me the therapeutic furry friend they need, but also the company many dogs need to have the chance of having home.

I may still not have the real-life Ricky (a dubious name choice in hindsight). But innovations like Borrow My Doggy has given me an unconventional way to have a dog with the bonus of knowing like I’m doing something good for someone else.