In the digital advertising space, this week has been dominated by two figures in particular: 2.1 billion and 3%.

The former is the amount, in Euros, that Google has been fined by the EU for allegedly using its own advertising offering to unfairly favour its own affiliates and products in search. The latter is the proportion of Google’s annual turnover that represents.

In the words of Rashida Jones in The Social Network, ‘In the scheme of things, it’s a speeding ticket’.

So I was eager to hear from an esteemed panel of industry experts thought about the future is of social advertising last night, at agency AdGlow’s inaugural #ADitude event.

So what were the major takeaways?

Social media is in a position to get recognition from boards across the world as a major player in the marketing mix, but the team acknowledged a change from the model of ‘content is king’ that has been the industry’s selling drumbeat up until recently.

The audience were keen to hear insights from both former and current Facebook team members – Rob Newlan and Trevor Johnson – on how they were building out their product offerings with things such as Facebook Canvas to offer ads that didn’t disrupt user experience – the key buzzword when considering making engaging content.

Ad saturation point has arguably been and gone – with prices at major advertisers reflecting this in the CPCs – so a new differentiator is needed.

Agencies and ad planners’ new priority should be creating ad experiences that don’t feel like ads. 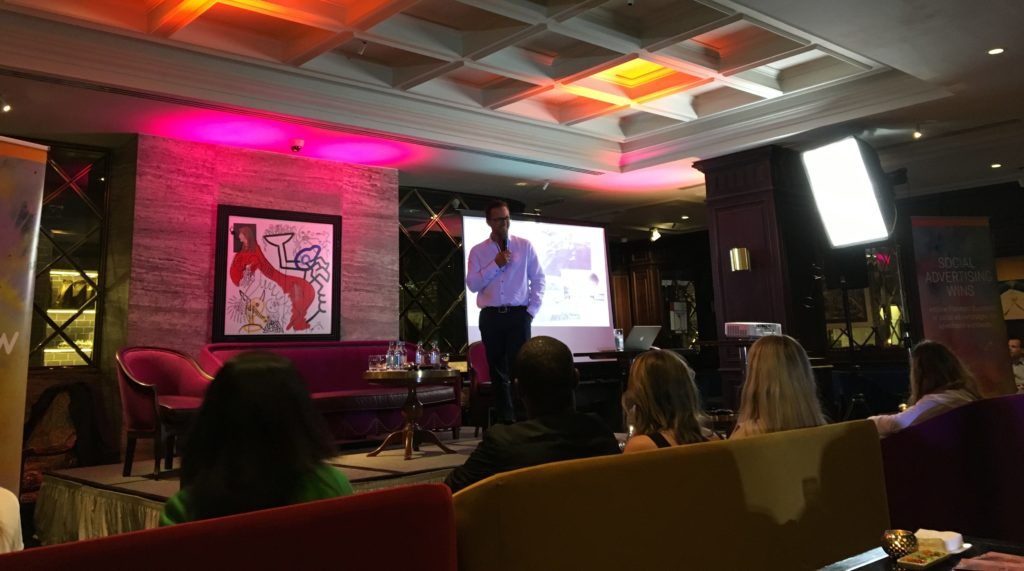 2. The need for speed

Speed was a key dominator in discussion as most of the panel valued the way that social media has disrupted the traditional advertising cycle and allowed for a whole new approach to responsive marketing.

Ankur Shah in particular praised the ability of social media to help him bring his products to mass consciousness in a shorter timeframe than any other model.

However, this does put in place the obvious need for a clearer idea from the off of what any reactive piece is set to achieve from a wider business sense.

The Oreo ‘dunk in the dark’ example loomed large as Kate Tancred issued a warning to brands wanting to jump on bandwagons without a clear tie back to the core business values, instead praising the value of micro-moments that content can hang on.

But she herself acknowledged a clear advantage of being able to react at speed as soon as an idea is born – her whole business sprung up from the rise of video content consumption with the iPod and has gone from strength to strength since then.

3. The value of new siloes

Any ad planner (or quite frankly any marketer) knows the daily trials of working with the various business siloes that limit the ability to run truly reactive advertising.

The agency that specialises in managing large ads budgets might not be the same agency that is in charge of reactive creative. There would have been a network of agencies, teams and signatories that likely turned the Oreo result around in a matter of minutes.

And while these siloes can seem frustrating from the outside, the panel actually largely came out in favour of a different way of thinking about the siloed structure, where the right teams continue to solve the right problems.

The key – of course – is about communication and flexibility across the groups, allowing each one to perform best at their particular area while bearing in mind the points at which they will need the other (or others) to come on board or provide their input to make the project happen.

It doesn’t sound like rocket science, but it does seem like the success of this area – and the future of ad agencies both big and small – comes down to our bread and butter: communication.

Thanks to AdGlow for putting on a great event! See you at the next one…

And read more from our own Phil Szomszor on another popular social trend in PR Moment.