How can we humanise technology for a new world?

Cannes Lions is a swirling stew of ideas. Experts in ascendant tech trends like NFTs, Blockchain and Web3 are everywhere, ready to tell you how concerts in the Metaverse will change the face of marketing – and the world. Others think the whole thing is a fad, cruising towards its inevitable obsolescence after a short, overhyped life. ‘This is nothing new’, they say. ‘Virtual worlds have existed for decades, and VR is a fun thing people enjoy but don’t really care about.’ It’s confusing stuff – enough to make you want to pour as much free booze from Meta Beach into your gullet as possible.

But all of this begs very pertinent questions: what does the future of digital media look like? How will we be consuming content and ads as the world keeps spinning faster and faster? In my time at the Creative Academy, I got to see defining creative work crafting brand-new digital environments for brands to play in. I also got to hear from fantastic speakers, particularly David Shing, AKA the “Digital Prophet”: a rambunctious Aussie with wild hair, lightning-fast wit and an infectious grin.

Here’s what I learned

So, as we all know, a funny little thing called ‘the pandemic’ was recently a big part of our lives. It disrupted things. Stripped them back. Instead of excitement and adventure, consumers wanted comfort and convenience. So that’s what brands gave them: as Shingy calls it, a ‘constant state of fuzzy’. 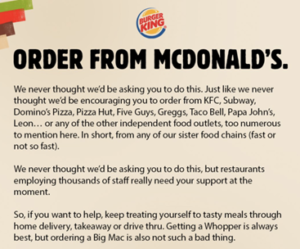 In this campaign, Burger King directly asks its customers to buy from a competitor.

Whether that meant encouraging consumers to look after themselves and their loved ones, speaking out about mental health, or directly supporting vulnerable people, ‘human’ and ‘authentic’ became the go-to position for pretty much every brand under the sun. And that won’t stop just because we’re no longer locked down: we’re all hyper-sensitive to advertising at the moment, and we want to be spoken to (and cared about) like people, not mindless ‘buy, buy, buy’ drones.

So that’s all well and good. But at the same time, there’s a tidal wave of change coming. The last few hundred years of history have seen several quantum shifts in human activity – each faster and more far-reaching than the last: the steam revolution, the industrial revolution, the digital revolution… and now we’re in the throes of a fourth: the intelligence revolution. This latest upheaval is basically making us reimagine familiar aspects of society. If you really boil it down, Crypto is just a new form of currency. NFTs are a new form of property. The Metaverse is a new type of social network. And Blockchain? Well, that’s basically just a contract ledger.

The clincher is, none of this stuff is actually that new. Blockchain was invented in 1991. Roblox in 2004. Bitcoin in 2009. The newest hip-cool trendy thing being talked about is probably Fortnite, created in 2017. These are relatively mature technologies, having a moment. The reason they’re being packaged up as a transformative ‘Web3’ revolution is because they do bring one new thing to the equation. Where Web1 was about information, Web2 was about platforms (Google, Facebook, Twitter etc.), Web3 is about ownership. Owning your own square of the digital world, and translating that into real-world value. That’s it. 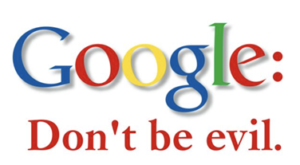 Well, the whole point of Web3 is you CAN’T be evil, because it’s democratised and decentralised (if we don’t mess it up.) But in this jungle of a world, it’s hard to trust something like that. Us humans inherently lack trust – in government, in big tech, in media, in brands, in each other – even in ourselves.

For brands (and marketers) to make their move in this new world, they need a 360 degree view of who people are and what they want. Because the world is different now. We want personalisation: affinity with the brands we consume. We wear brands whose values we share, and we want to feel like they understand us. Again, it comes down to customisation – and OWNERSHIP.

The core thing we’re trying to understand is how to humanise this newfangled technology. With so many social media platforms – Instagram, TikTok, Snapchat, Facebook etc. – each of which feels pretty similar to the other, how do we create experiences that make people feel seen and heard as individuals? After all, technology has fundamentally altered our behaviour, but not our needs. The needs encoded in our DNA: Comfort. Security. Connection. Purpose. Self-worth. Any effective creative and marketing campaigns must address not platform or performance, but NEED.

The internet of everything

This is where the Internet of Things – or, as Shingy calls it, the Internet of Everything – category absolutely shines. More than 127 IoT products are launched every day – and the places they operate may be invisible, but they are at the forefront of this movement to humanise technology.

IoT products address Human Need directly, creating a personalised feedback loop in which we’re actually speaking to products that speak back to us. Check this out: 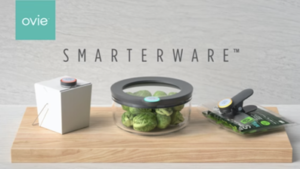 A smart tupperware that warns you when your food’s about to spoil. 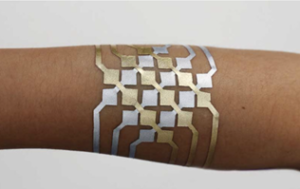 The DuoSkin temporary tattoo conducts electricity and lets you control all your devices, hands-free. 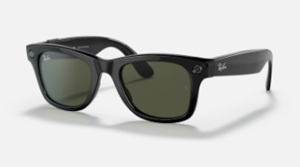 The RayBan Stories smart glasses allow you to record your life as it happens and communicate with your environment. Literally – they speak to you. 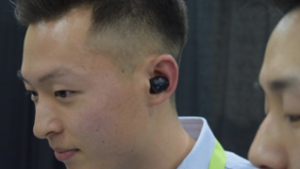 Nope, this isn’t the Hitchhiker’s Guide to the Galaxy. The MARS headphones translate what someone else is saying into your language, in real time – and do the same for you. 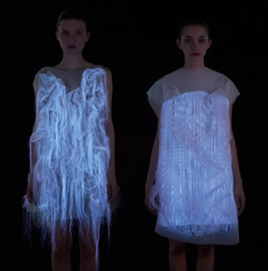 Finally, this is GAZE: a creepy-as-all-hell dress that dances when you look at it. Yeah, I shuddered too.

In our time at Cannes Lions, our Creative Academy class was also granted an audience with Meredith Rojas, the Global Head of Entertainment at Logitech and Jouke Vuurmans, CCO at MediaMonks. These two created and oversaw the Songbreaker Awards: the first ever music awards show taking place entirely in the Metaverse. And with 16.6 million views, and 554k unique viewers, you could probably say they did it right. But what does doing it right actually mean?

What it boils down to is taking something familiar, like an awards show, transposing it into a digital world, and reimagining what that experience can be. Instead of a music performance on a stage, they blew up singer Lizzo to the in-game size of a skyscraper, rendering words from her lyrics into a veritable fireworks display, and created a narrative that involved an evil ‘cat cloud’ named Steven. Sounds far-fetched? It is. But it’s an example of how brands are starting to play in the space, creating experiences that are entertaining FIRST, and pushing a message second. 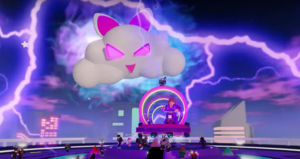 Fine – I may not be in the target audience for this, but I guess tweens are the consumers of the future?

There’s another side to this conversation. Many of us now spend obscene amounts of our time gazing at our phone or laptop screens. On average, we are hit with 1500 media messages per day, 90% of which are ads. It starts off overwhelming, and quickly becomes underwhelming when we can’t find what we’re looking for. It also takes a toll on our mental health: media overload is now the 6th largest contributor to stress in today’s world. Consider, for example, “phubbing”, or phone snubbing – a brand new social phenomenon in which we ignore real-world conversations in favour of tapping around on our devices.

So humanising technology – and using our platform as communicators not only to reach consumers, but to bring about positive social change – means reframing how we measure the success of a campaign. It means going from:

Catchy, I know – they’re Shingy’s words, and I urge you to check out some of his speeches.

So what’s the magic ingredient?

Building brand impact – and making your campaigns contagious – is much like making a fire. You need oxygen, heat and fuel. For brands, these are a strong story, linked to powerful performance. Then you need the emotion: how your campaign makes people feel. And then finally, you have the secret spark: SURPRISE.

I’ll leave you with this fun and surprising little ad from Heinz:

When those ingredients come together, it’s a heady mixture. Unlearning what we know about marketing may feel daunting, but it gives us the chance to make our mark – and even influence the progress of society. I’ll dive more into that in a future blog.

For now, bring on the future.