2021 has come and gone faster than you can shove a swab up your nose – and it’s been twice as uncomfortable. Thankfully, despite the world still being on fire, there’s another big C that’s continued to be at large.

Obviously 2020 wasn’t the easiest for creatives. Budgets where slashed, offices were closed, and, let’s be honest, finding a novel way to say, ‘we’re in it together’ for the umpteenth time became a Herculean task in itself.

Thankfully, 2021 saw creative departments get back into their stride. And while there’s still a way to go before the creative juices can flow quite as freely as pre-2020, last year saw a ton of great work.

So in this blog, I want to reflect on some of my personal favourites. 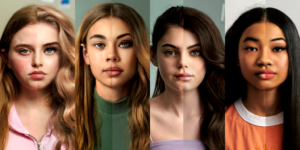 During lockdown, many of us spent more time than ever inside staring at Instagram – and the beautiful bodies and lifestyles the algorithm forces us to see.

Young men and women have never been under such pressure to look good – resulting in the use of filters and manipulation tools to create a vision of reality that isn’t true. This greatly impacts individuals’ self-esteem, leading to anxiety, depression, and even suicide.

Dove is a brand that’s firmly engaged in the natural beauty space. And Reverse Selfie deals with the subject head on.

Both brilliant and haunting, the film shows a young girl preparing to take and retouch a selfie – the twist being it plays in reverse. We start out with the ‘final’ shot of the selfie, before seeing the whole preparation process backwards.

The layers of eyeliner, lipstick and digital effects are stripped away until we’re left with the stark image of a girl – younger and more vulnerable than we ever imagined.

The manipulation apps used in the film are all real. The actress herself is someone who has suffered through Instagram anxiety. And did you notice when she airbrushed away the family photo in the background? – almost as if she’s erasing her own identity.

It’s the small details that add up to bold and artful piece of film.

Nothing smacks of inauthenticity more than a brand getting involved in a social issue they have no voice in. So, what I love about Mastercard’s True Name campaign is how genuine it feels.

The issue of the name on a trans person’s bank card not matching their true name is a real pain point for many in the community. Every trans person who hasn’t formally changed their name opens their wallet, they’re confronted with a painful reminder of their former identity. 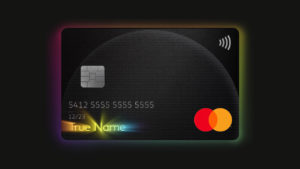 To show their solidarity with the trans or the wider LGBTQ+ community, Mastercard could have simply created a rainbow credit card and be done with it. Instead, they attempted to solve a genuine problem: they created a card that trans and non-binary people can use to display their chosen name without having to explain why it may be different on other official documents.

I think this is a brilliant lesson in, ‘less words, more action’. It isn’t about screaming ‘look at how much good we’re doing’. Instead, it solves a real and long-standing societal problem. And as a result, is infinitely more effective than any press release, logo reskin, or shallow gesture of support. 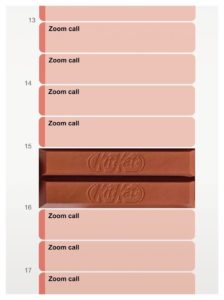 This one is a bit of a curveball because it was essentially a competition entry rather than something a brand created (take a look at the quick-thinking creative community at One Minute Briefs!). But it was so culturally relevant and made such an impact, I have to give it a mention.

The ad doesn’t require a great amount of preamble. It was created in February during the height of the second lockdown in the UK. All of us office workers had become tired of working from home and the constant Zoom meetings. So, how to combine that weariness with Kitkat’s mantra of, ‘taking a break’?

Like all great concepts, the ad’s genius is in its simplicity. The ad went viral instantly, not just winning the competition, but acquiring thousands upon thousands of retweets across social media – not to mention a barrage of articles in the press.

It struck a chord with everyone working from home, perfectly capturing the mood of the nation, and playfully placing Kitkat’s messaging at the centre of it.

At the same time, the ad ignited a second debate: how worthwhile is actual OOH advertising when a simple digital mock-up can gain so much more traction?

This is one of my favourite winners of a Cannes Lion – and it won for good reason.

Pain Stories doesn’t just put a spotlight on a taboo subject. It tackles it with such flare, creativity, and gut-wrenching honesty, it’s impossible not to pay attention.

Endometriosis is a deeply painful condition, and yet many women feel they need to be silent about it. So Essity invited woman to share the stories of pain they kept hidden and lifted the burden of silence.

The campaign gave a voice to sufferers of this terrible disease, highlighting the gender pain gap, and allowed people to articulate and express their pain in way they’d never been able to before.

In 2006, football prodigy Kiyan Prince, just 15 years old, was stabbed to death while trying to break up a fight. It was a terrible tragedy – not least because the young star’s life was cut short before he’d managed to fulfil his potential.

In 2021, Kiyan has hit headlines once again as he signed for the senior squad at his former club. And by he, I mean his virtual self in FIFA 2021. 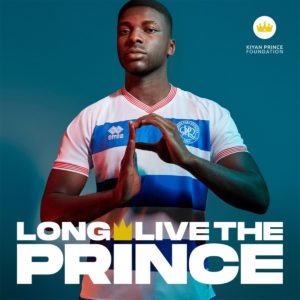 ’Long Live the Prince’ was created by Engine, in collaboration with EA Sports and the Kiyan Prince Foundation. An adult Kiyan was digitally created using cutting edge aging software, before he was inserted into the team of his old club as a playable character for gamers around the world to play as.

The campaign aims not only to raise awareness about Kiyan’s story, but also reach out to young people who have become immune to traditional knife-crime advertising and encourage them to live the best version of themselves they can be. Through his tragic death, Kiyan is now able to encourage, inspire, and give new life to the next generation.