The world’s most creative brand

So, what’s the world’s most creative brand?

Few brands across this big blue ball of ours have as much creativity encoded in their very DNA as LEGO. As the decades have worn on, and change – both technological and behavioural – has become exponential, the brand has adapted beautifully. From building sets, to video games, to blockbuster films, to entire theme parks, they’ve transformed a simple toy into a multimedia franchise that doesn’t just own their corner of the market – they invented it.

The core concept is deceptively straightforward. Place a coloured plastic brick onto another, then repeat until you’ve created… something. For those who like to follow the rules, some brainbox somewhere has put together an instruction booklet. For those who make their own rules, absolutely anything is possible. It’s that ethos of limitless creativity – where YOUR imagination is the hero, that has driven the brand forwards for almost a century. 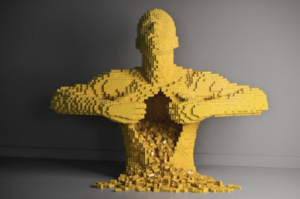 Evolving with the times

Anything in the universe – from quasars to cat memes – can be broken down into component parts. LEGO makes the power of creation available to everyone, of all genders, young and old, capturing an audience where the only criteria is human. The brand has developed a nifty e-Commerce strategy to supplement their in-store presence, with their truly vast catalogue available at the click of a button. They’ve built eight theme parks worldwide. That’s a pretty decent effort. They’ve even capitalised on partnerships with juggernaut media franchises: Star Wars, Harry Potter, Lord of the Rings, Marvel, DC, and even Friends – yes, that Friends.

As culture has evolved, so have the ways we consume it. And with the onset of the digital age, the brand has never stopped diversifying. While physical sets remain at the heart of what makes them special, (every year, they refresh 60% of their product range) they’ve also built a truly globe-spanning media franchise, brick by brick. We now have box office-smashing movies and triple-A video games about LEGO’s take on Luke Skywalker, Batman, and other gargantuan media alliances. Each of these stories are told with a characteristic brand of fresh, deconstructive humour and playful mischief. It’s a pervasive tone of voice that’s instantly relatable to global audiences, carrying a message of inclusion and self-acceptance – no matter who we are.

And who can forget this absolute bop: Everything is Awesome: The Lego Movie Soundtrack

LEGO’s official campaign platform, for the past few years, has been ‘Rebuild the World’. The core idea is about the power to build and rebuild infinitely, find creative solutions to real challenges, and imagine the universe in any configuration you choose. It was born from World Economic Forum research highlighting a crisis of creativity, in which childrens’ imaginative skills are diminishing in the face of a system that fails to prepare them for the jobs of the future – many of which don’t exist yet. 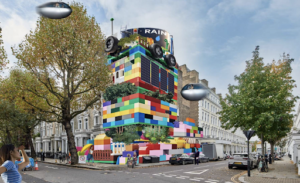 Pictured: A still from LEGO’s ‘Rebuild the World’ campaign

While I have some opinions about the execution of some of this marketing content (not enough LEGO!), I can’t fault a company that values creativity as a central pillar of its business strategy. I also quite enjoy the brand’s tasteful stance on social change. In recent years, they’ve effortlessly married their brand values with an open celebration of diversity, tolerance and equality. Remember the headline-grabbing ‘Everyone is Awesome’ set in rainbow colours, celebrating Pride month? 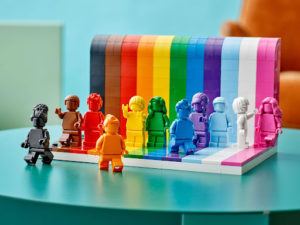 Last year, they also released their Day of the Girl campaign, flipping on its head the idea that girls must get ready for the world. Instead, the world should get ready for girls! It’s a lovely sentiment.

And finally, LEGO have pledged to remove signs of bias from their minifigures. For a toy brand with such a powerful impact on so many children, it’s a welcome progressive move. There’s an element of ‘practice what you preach’ here, and I’m not mad at it.

The brand is supported by a zealous social community of builders, some of whom regularly travel across continents to bring their astounding creations to events like ‘Brickfest’. Some of the most talented are even offered jobs with the company: a hobby manifesting into life-changing opportunities in the real world. This is the true meaning of brand loyalty, and it’s a powerful thing. 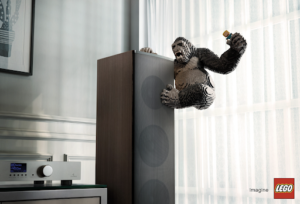 Pictured: Just one of the LEGO community’s millions of surprising creations

LEGO’s digital platform has enabled levels of organic user-generated content other brands can only dream of. That includes LEGO life: a social networking app aimed at younger audiences that lets them share and comment on creations, and LEGO Ideas: a community aimed at adults where new sets can be suggested for official development. It’s a continuous and collaborative creative process that evolves along with the community, and it’s practically unheard of in the marketing world.

So all of that is great. But why do I think LEGO is the world’s most creative brand? Well, a fan’s first contact with the brand comes early on in life – in childhood. Brand associations formed back then feel more enduring and exciting. And I spent countless hours as a kid building and rebuilding fortresses and spaceships and towns filled with Frankensteined characters: think Darth Vader with Ron Weasley’s face. It was a playground for the imagination, strongly encouraged by adults as a character-building hobby. Fast-forward to today – and I’m still buying the occasional LEGO set – because as it turns out, the fun continues all your life.

That’s because the entire brand is built on one thing: play. It’s a state of being that connects us to childhood. Creativity IS play. 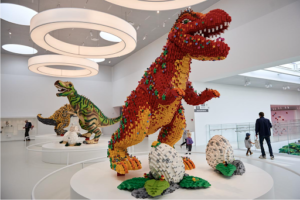 Pictured: The Power of Play can bring extinct beasties to life

In my view, everyone should keep that playful, childlike streak forever. And in such a jaded world, with so many brands treating us like grown-ups, perhaps it would do us all good to sit down on the floor, open a box of colourful bricks, and let our imaginations do the rest.

Bet I can build a better tower than you.